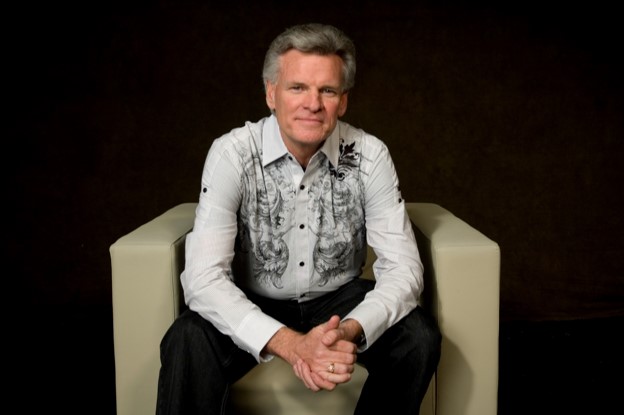 From the back roads of rural America to the nation’s concrete metropolitan jungles, since August 1979 Dr. Steve Hale has been recognized as one of Southern Baptist’s most effective evangelists. Growing up in western Kentucky, Dr. Hale graduated from Murray State University with a degree in journalism and completed his Master’s of Divinity at Southwestern Theological Seminary in Fort Worth, Texas. After spending 13 years in Evansville, Indiana as the state’s only resident Southern Baptist evangelist, Dr. Johnny Hunt invited Steve to re-locate and base his ministry out of the dynamic First Baptist Church of Woodstock, Georgia. Since 1992, Dr. Hale has served as a Staff Evangelist of this 15,000-member congregation. Dr. Hunt said, “Steve has been used mightily here at First Baptist Woodstock in preaching to our people and seeing such a marvelous harvest.”

Throughout his ministry, Dr. Hale has been invited to preach on the program of state evangelism conferences and the Southern Baptist Pastor’s Conference. He was also honored to preach Southwestern Seminary’s campus revival. Being the world’s largest theological institution, then president Dr. Ken Hemphill said, “God has gifted Steve with penetrating insight into the needs of the church and exceptional preaching ability. We experienced a marvelous manifestation of God’s power when Steve preached our seminary revival.” After preaching the Texas State Evangelism Conference, Dr. Don Cass, Director of Evangelism for the state wrote, “I have heard many outstanding evangelists, but none better than Steve Hale. This humble man of God is the ‘best of the best.’”

In 2007, Dr. Hale wrote and published his first book, Truth Decay, which has received outstanding reviews. Dr. Ed Hindson, Vice-Chancellor of Liberty University commented, “Truth Decay is one of the best books that I have ever read. If you have one book to read in the coming year, this should be the one.” Dr. Gerald Harris, editor of the Christian Index, observed that “Truth Decay is one of the most profound, yet disturbing books, that I have read in recent years.” Dr. Johnny Hunt simply stated, “This is a MUST-read.” Dr. Hale has been invited to preach the signature message of Truth Decay in the pulpit of First Baptist Woodstock and also was a featured speaker at their annual men’s conference in 2009 in which over 10,000 were in attendance. Dr. Hale’s latest work, entitled MANswers, is a book just for guys about the issues men face on a daily basis and is a great tool for accountability groups as well as personal instruction.

Having served two terms as national president for the Conference of Southern Baptist Evangelists, Dr. Hale’s deep concern is for reaching a culture in which 75% of adults deny the existence of absolute truth and for seeing the Church in America restored to its first love, Jesus Christ. A major emphasis of Dr. Hale’s ministry is also in speaking to tens of thousands of students each year in school assemblies. His popular “Be a Winner” presentation has gained the accolades of school administrators throughout the
nation.

Since many of America’s social and moral concerns are traced back to fatherless homes, an important facet of Dr. Hale’s ministry in recent years has been conducting men’s conferences. Dr. Hale claims that “Men are called to be leaders, leaders in our homes, our churches, and our communities. We have abdicated our role as leaders and have been rendered powerless by our compromising moral standards. Pornography and sexual affairs have assaulted our homes and the culture has inundated men with a convincing value system that appeals to the flesh. Thus, we have a generation of young fathers and husbands who are operating on an agenda that God never initiated nor sanctioned, but the result is an unprecedented moral freefall that is leaving carnage strewn across the landscape of this nation. Millions of families are in deep pain and it is most often traced to men who have embraced misplaced priorities.”